Our speaker on October 14th will be Nick Stone who is the project co-ordinator for the Returned from the Front Project. Some of you may remember that Nick came and gave us a talk on the Norwich blitz, including some of his excellent ghost images, back in 2014.

The Returned from the Front project was started as part of the commemoration of the 100th anniversary of the Great War to try and record all the temporary grave markers or Flanders crosses which were returned to this country at the end of the war. When the project started it was thought there were about 300 such crosses remaining, but the total so far stands at around 550, discovered in churches, schools, museums, village halls and in private hands and recorded by an army of volunteers all across the country.

Nick will be telling the stories of some of these crosses, including Edith Cavell’s in the picture at the head of this page, and of the Imperial War Graves Commission which managed the repatriation of the temporary markers. 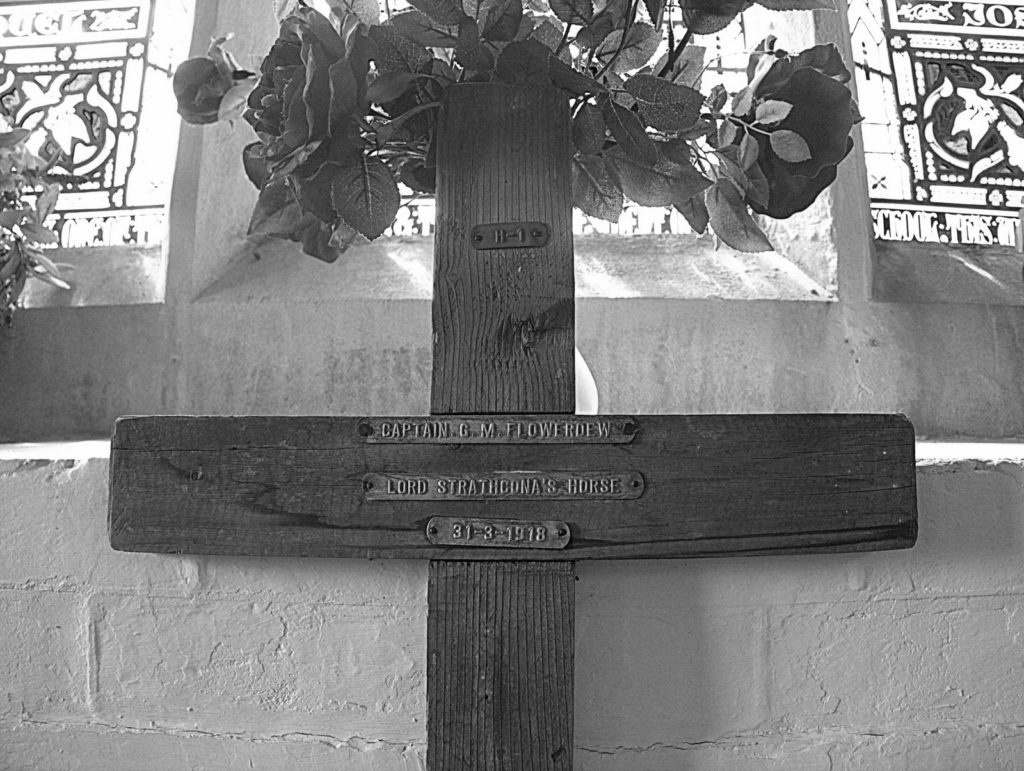