For our first meeting after our summer break we welcome as our guest speaker Chris Kolonko.

Chris is an archaeologist specialising in the archaeology of the First and Second World War Home Front, in particular the anti-Invasion defences constructed during these periods.

Chris has over 15 year’s experience of researching, recording and interpreting wartime defences in the UK, focussing mainly on the defences of Northern Command constructed in Lincolnshire and Yorkshire. During his career, Chris has worked for the Council for British Archaeology on their First World War centenary Home Front Legacy 1914-18 project, and currently works as a Project Officer with the Museum of London Archaeology’s Coastal and Intertidal Archaeological Network (CITiZAN) community archaeology project.

Chris also writes guidance for recording and interpreting wartime defences in the UK, which can be found on his own website and the UK Second World War Heritage group. He can also be found on Twitter @ckolonko

Chris’s talk will provide a brief introduction to the history of the anti-invasion defences found in the UK, as well as highlight what we can learn through archaeological investigation and documentary research.

We’ll be meeting via Zoom on Saturday 25th September at 2.00pm and you can book tickets via our Eventbrite page. We’ll send out joining links to all those who’ve bought tickets a few days beforehand. 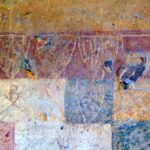 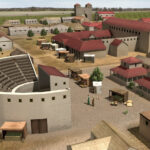 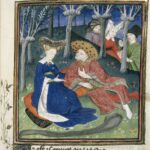