Our first stop was Brandon Country Park where we were introduced to two of the most interesting themes of the Breckland (Brecks) area: landscape change and shifting sand. We saw maps showing the transformation of Brandon Warren – two hundred years ago an open, sandy expanse of rabbit ranch – into the wooded landscape of Brandon Park; this was work of Edward Bliss, a gunflint merchant who made his money during the Napoleonic wars. We heard how a ‘sand floud’ in the 1660s had originated at Lakenheath Warren and then the dunes and sand sheets shifted north-eastwards across Brandon Warren, eventually to end up at Santon Downham, partially blocking the River Little Ouse. We visited a UEA soil research trench which showed loose sand bedded over consolidated coversand from the late glacial period, over 10,000 years ago. We visited White Hill, a mount apparently created as a belvedere or mirador giving an open viewpoint over the old Warren. 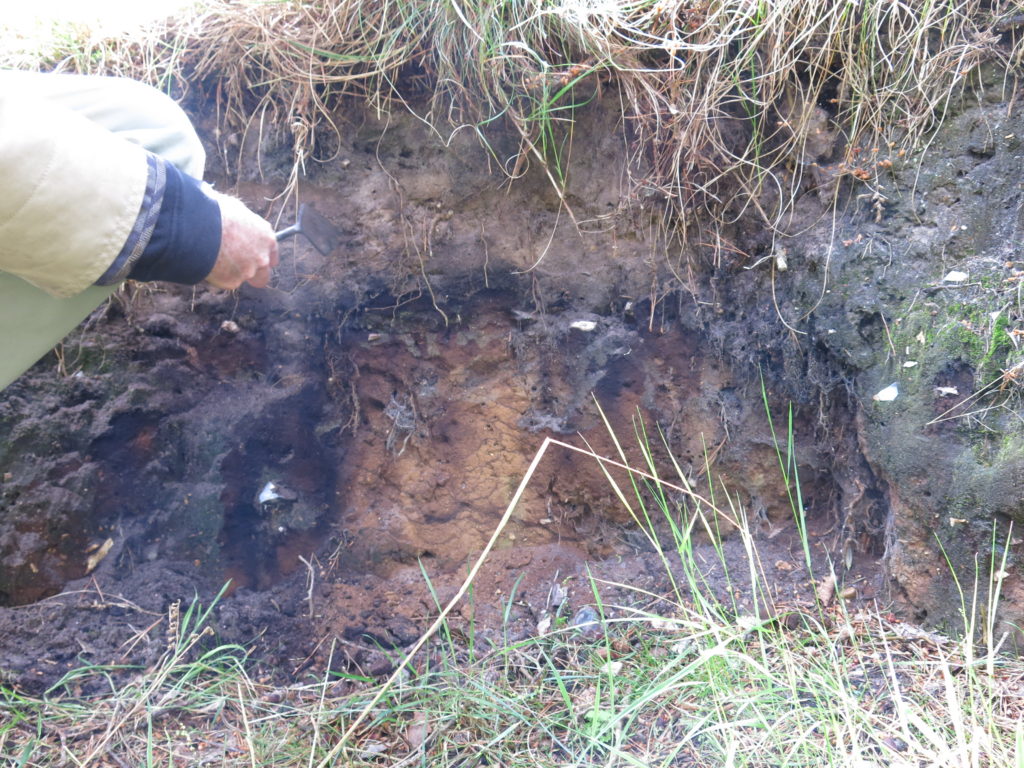 Our next stop was Brandon Heritage Centre, where we gained a preview of the summer displays of the newly re-opened museum. Honorary Curator Darren Norton explained the gunflint knapping and rabbit fur industries, and among the other displays was an excellent collection of Anglo-Saxon pottery and a WW2 parachute recovered from a hollow tree in Normandy after WW2.

We returned to Brandon Country Park for an elegant picnic lunch on rustic tables, before then driving north, over the county boundary, to Weeting. Our destination was the Botany Bay Brick Pit in a remote part of the forest, where we inspected the remains of a delabrated kiln. We then set off to find a cluster of historic gunflint pits in an even more remote and shady part of the forest. .

Our next visit was the burning expanse of Maidscross Hill near Lakenheath, with a notable view over the silent expanse of Lakenheath Airfield. We spent some time tracking down a nightingale singing in the bushes on the Common. Tim explained the 160,000 year-old story of glacial rivers which had left evidence of their passing in the sands and gravels of the Hill. 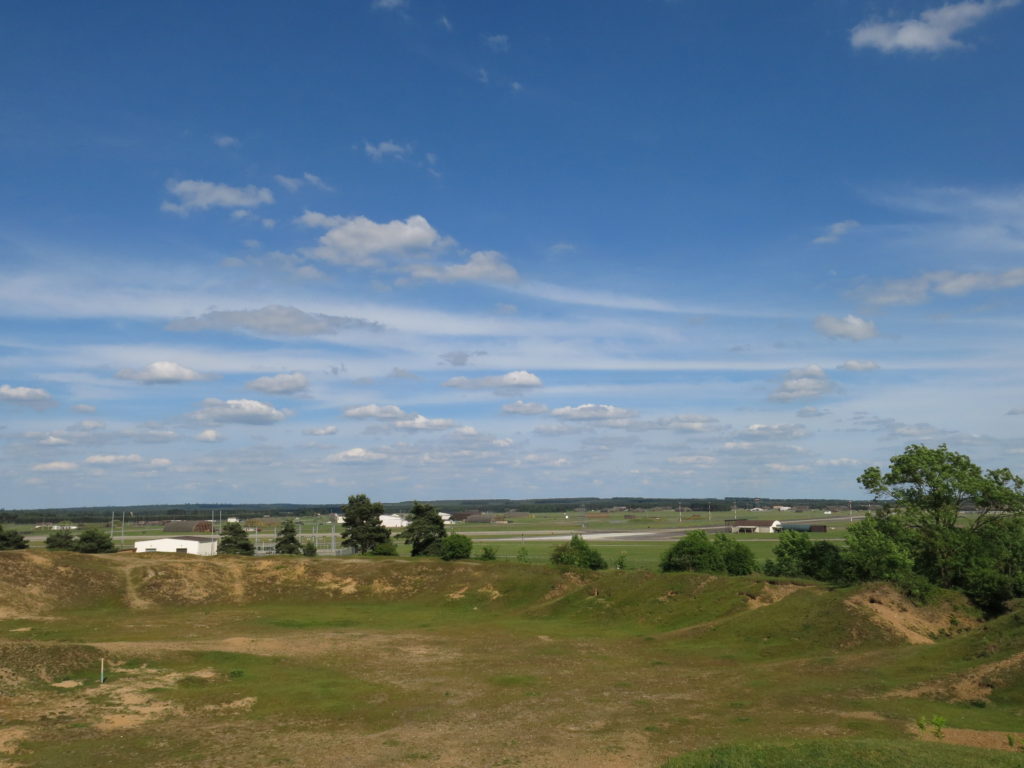 Our final foray was made over atrociously bumpy roads into the strange, flat landscape of Fenland, to the area round Sedge Fen Baptist Church. A thousand years ago this would have been underwater, as part of the now-vanished Redmere lake. We saw evidence for it in the distinctive marly topsoil under our feet. Raising our eyes, we saw the spires of Ely Cathedral in the distance, reminding us that one day we must all cross the River Jordan. 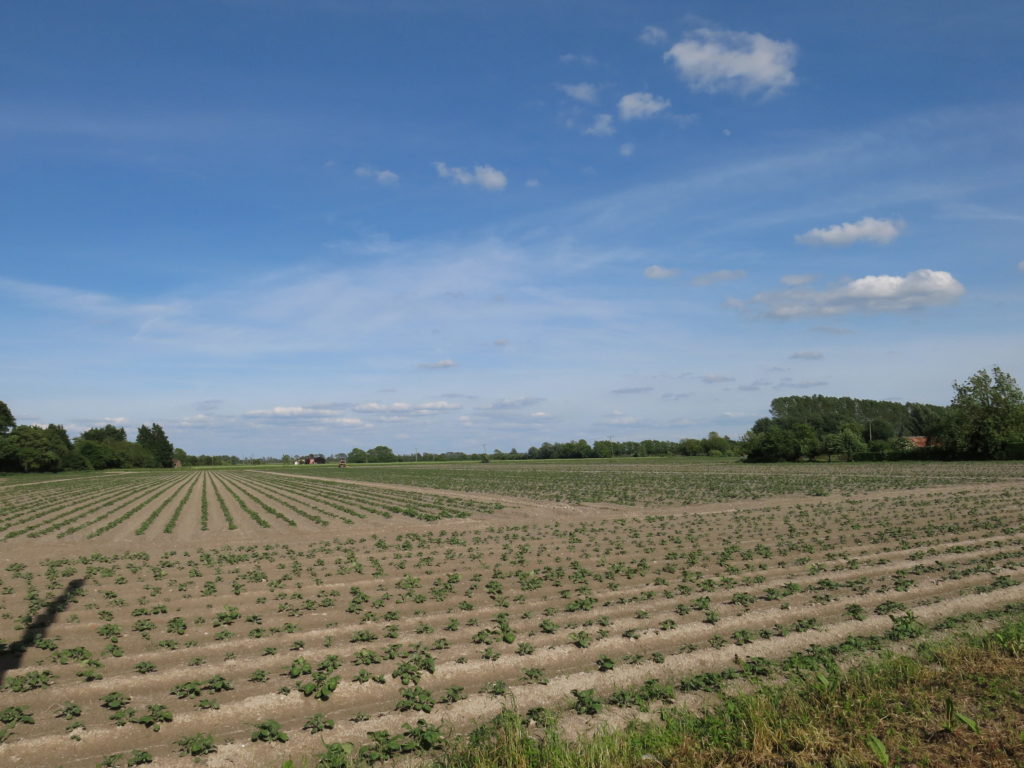 Altogether a worthwhile excursion for anyone wishing to discover more about this fascinating part of the country. The weather smiled on us and the company was good. 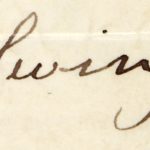 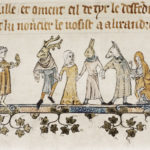