Over this August Bank Holiday weekend we will be digging the site of a Second World war spigot mortar position on Harleston Recreation Ground.  Spigot mortars or Blacker Bombards were issued to the Home Guard from 1941 as anti tank weapons in the event of a German invasion. Harleston was a nodal point on the system of stop lines planned by General Ironside in the summer of 1940 after the retreat from Dunkirk to contain and halt German forces if Operation Sealion was launched. Harleston had two fixed spigot mortar positions, the one on the Rec and another in London Road.

If you’re wondering whereabouts on the Rec it is, you can still see the concrete plinth with a silvery metal pin underneath an oak tree between the tennis courts and Wilderness Lane. 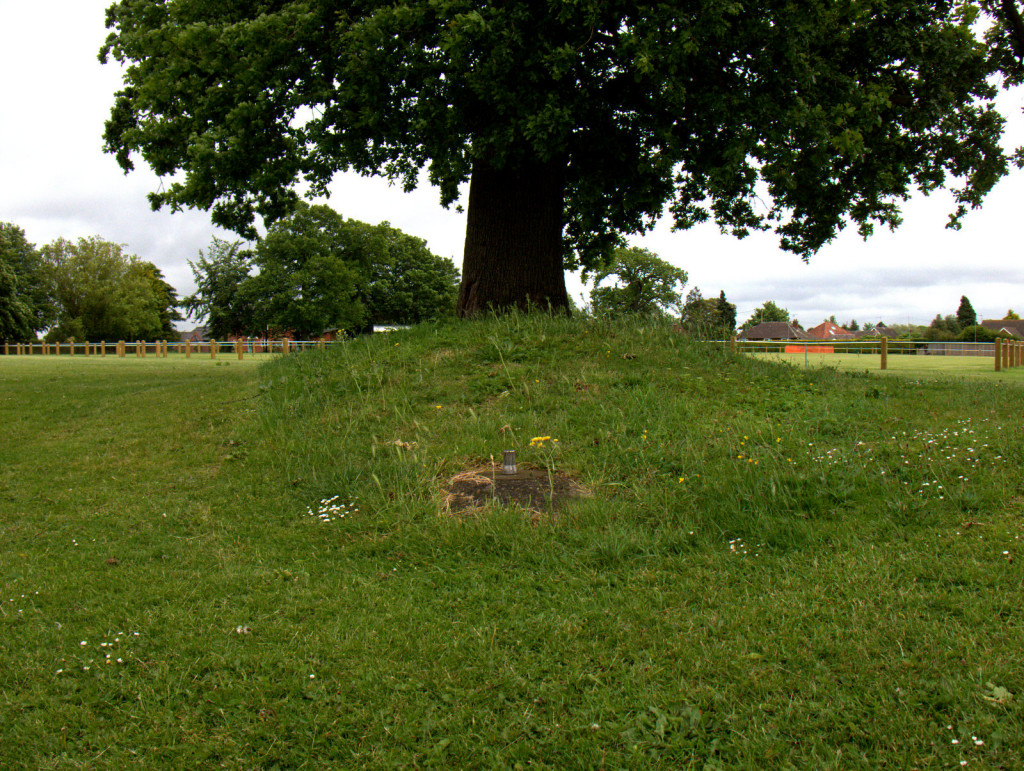 Some spigot mortar positions were simply a trench around the concrete plinth supported by wooden palings and a few sandbags, but others were more substantially built from brick and concrete with ammunition lockers and access trenches. We don’t know what sort the Harleston Rec one was, although a geophysical survey we did earlier in the year indicated the possible presence of rubble.

The 1946 RAF aerial photography of Harleston has one enhanced image which shows a circular feature in the right position for the spigot mortar.

Come and have a look over the Bank Holiday weekend and see what we’ve found out about the defence of Harleston in 1941, when a German invasion was still considered to be a very real possibility.